The project came to its end, fully achieving its objectives.

Positive results were achieved in terms of prototype line operations. The line works well at low temperature and pressures and with short cooling time. After optimising process parameters, it was possible to mould pallet of good overall quality in terms of surface smoothness, handling and grip, as well as excellent compression strength and good static and dynamic bending strength.
Pallets are ready to be used in controlled logistics circuits.
There is still some room for improvement concerning bump and drop tests,creep after long term storage and weight. A project for a new pallet design is ongoing with academic experts.
In collaboration with Bocconi University of Milan and Scuola Superiore Sant’Anna of Pisa a Lyfe Cycle Assessment was conducted to evaluate the environmental impacts of pallets produced from pulper waste in comparison to wooden pallets. The results, that not include data from use in real working conditions, show significant environmental benefits of Ecopulplast pallets for almost all environmental parameters.
The achievements confirm and reinforce the two main initial objectives of the project, namely:

To the latter, a complete business plan was made by Selene with a 3 years investments plan, for a total production capacity of 1.200.000 pallets/year.

From an economic point of view, the reduction of current costs related to pulper waste management would contribute to increase the competitiveness of paper mills on the European market and to further reinforce their commitment to use paper for recycling, which is the primary force driving the urban paper collection and its reuse.
The project has a strong potential for replicability in other regions that are currently dealing with pulper waste production and management, starting from other European production sites of local paper mills.

Two years after its kick off, the annual meeting held on October 6 was the occasion to illustrate the Life Eco-Pulplast progress achievements.

The prototype installation and testing was completed last June and more recently the activity has focused on experimental testing on the first pallet production.

After tuning the main process parameters such as temperature, injection pressure and cooling time, the activity dedicated on the evaluation of raw materials and on the development of plastic compounds, particularly with regard to their machinability as well as to pallets characteristics and performances.

Two different "additives" and five different compounds were made in order to improve bonds between different polymers, to strengthen the elastic modulus and resistance and to limit the pallet weight. 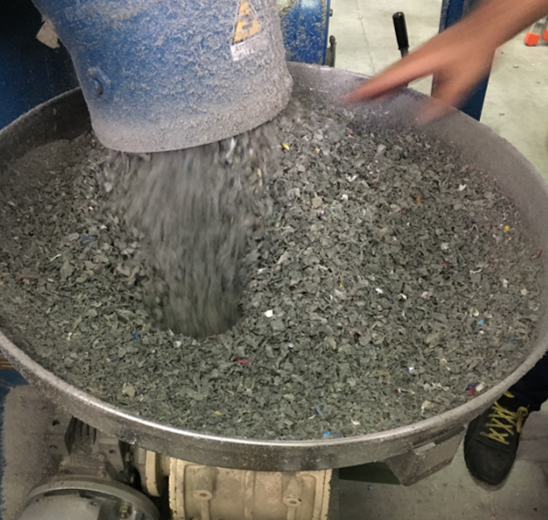 Concerning the pallet moulding, the activities have the specific objective of checking the correct filling of the molds, identifying possible improvements to pallet design, evaluating the specific features of the pallet (weight, surface, organoleptic properties, etc.) and its performance (static and dynamic load, deformation under load, etc.).

For this purpose, several moulding cycles of Euro pallet  80x120 cm2 and CP7 110x130 cm2, using the five different compounds developed, have been produced, and all analyses and performance tests have been carried out internally or at accredited laboratories. 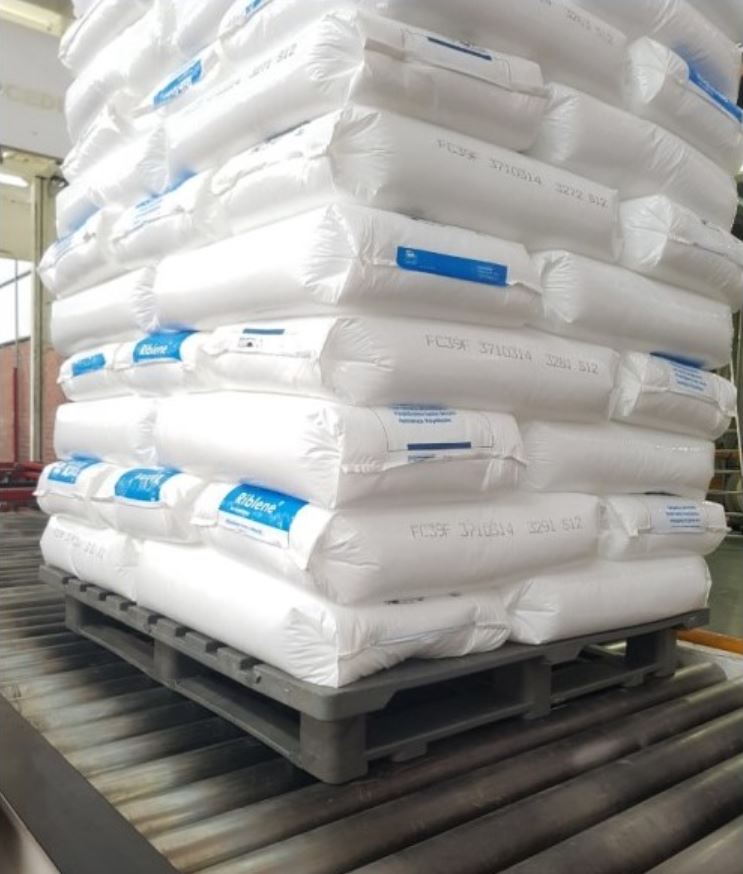 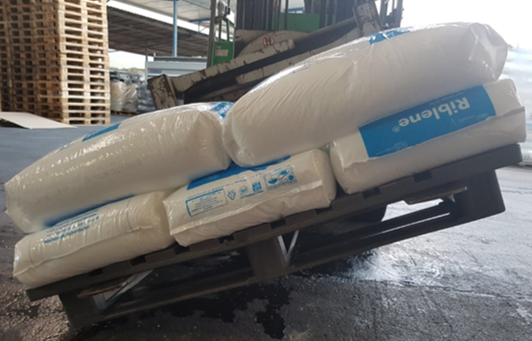 A significant part of the activity of the last few months concerned industrial tests aiming at separating and recycling pulper waste materials, and in particular the fraction of mixed plastics used for pallet moulding. These activites were carried out both at suppliers plants and at a paper mill associated to partner Serveco. 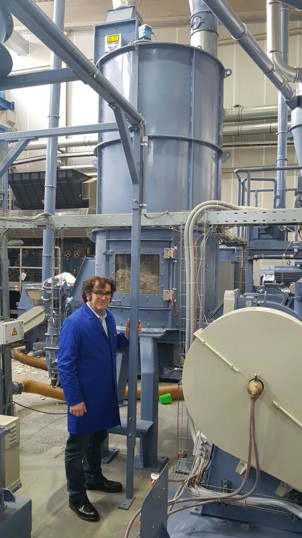 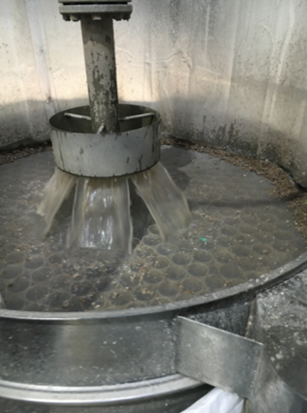 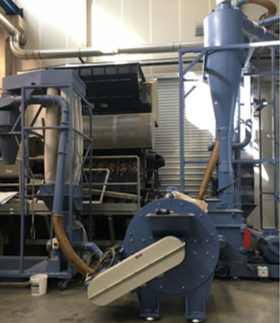 In addition to the reuse of mixed plastics, the tests were aimed at recovering metals, water and cellulose fibers currently discarded by the paper mills. During the tests, it was possible to fine-tune the main process parameters and to comparing different technologies both in terms of technical validity, complexity and operating costs.

Besides evaluating dry and water separation technologies, subsequent laboratory analyses allowed us to evaluate the level of residual impurities in the different material flows.

In the first project phase, two processes were completed: an update of the state of the art for technologies dealing with pulper waste and the printing activity of heterogeneous plastics in the presence of impurities.

During this activity, tests of pulper waste treatment technology have been carried out to separate the flow of materials (cellulose, water, plastics, metals) and agglomeration / densification and mixing of the obtained plastic material. 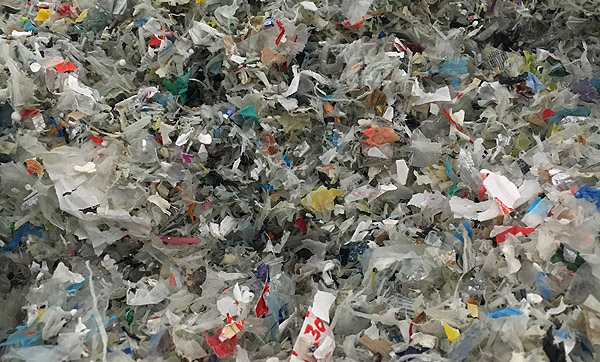 Based on the results of the previous activities, the executive design and execution of the prototype line on industrial scale manufacturing has been realized and is currently being assembled and tested. 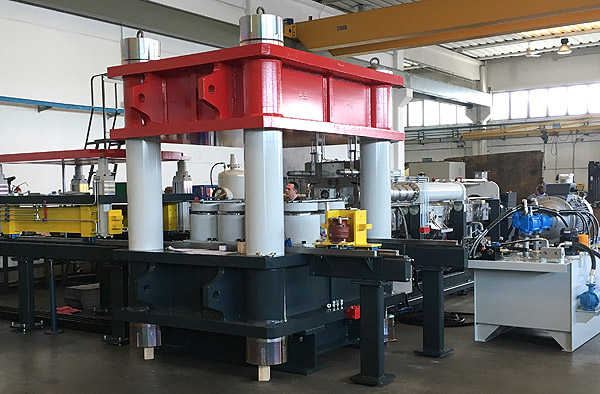 In particular, the execution of pallet molds has been completed, with subsequent testing. 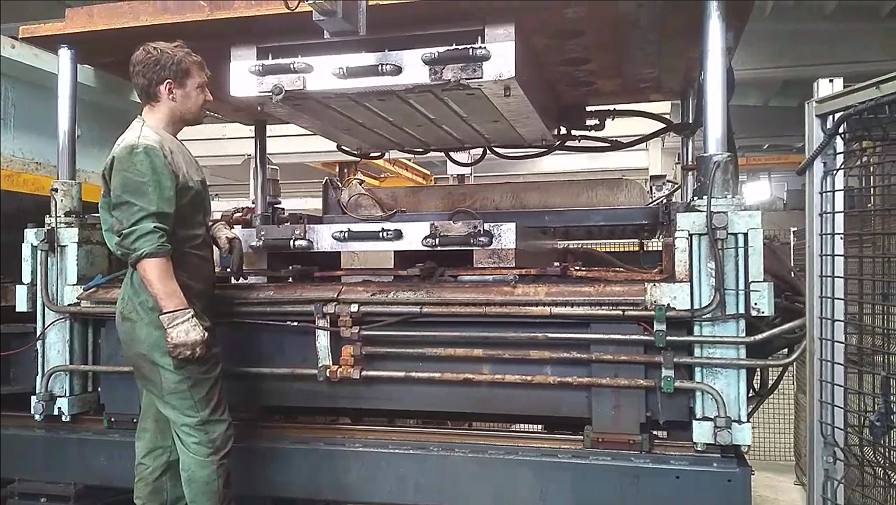 The start-up of the experimentation process, fine tuning of the machines and the processing phase, which is the culminating step of the project, is scheduled for July 2017.

During this activity, some sessions will be planned for analyzing chemical and physical characteristics of the plastic blends developed from the pulper waste, and testing of the performances of the produced pallets.

Particularly important is the validation phase of the pallets under real conditions of use, which is necessary to demonstrate their performance and the overall life expectancy.

In this regard, cooperation agreements have already been signed with VERSALIS Spa and pallet pooler PRS srl, for the use of pallets in their company logistic circuits, with both road and rail handling. 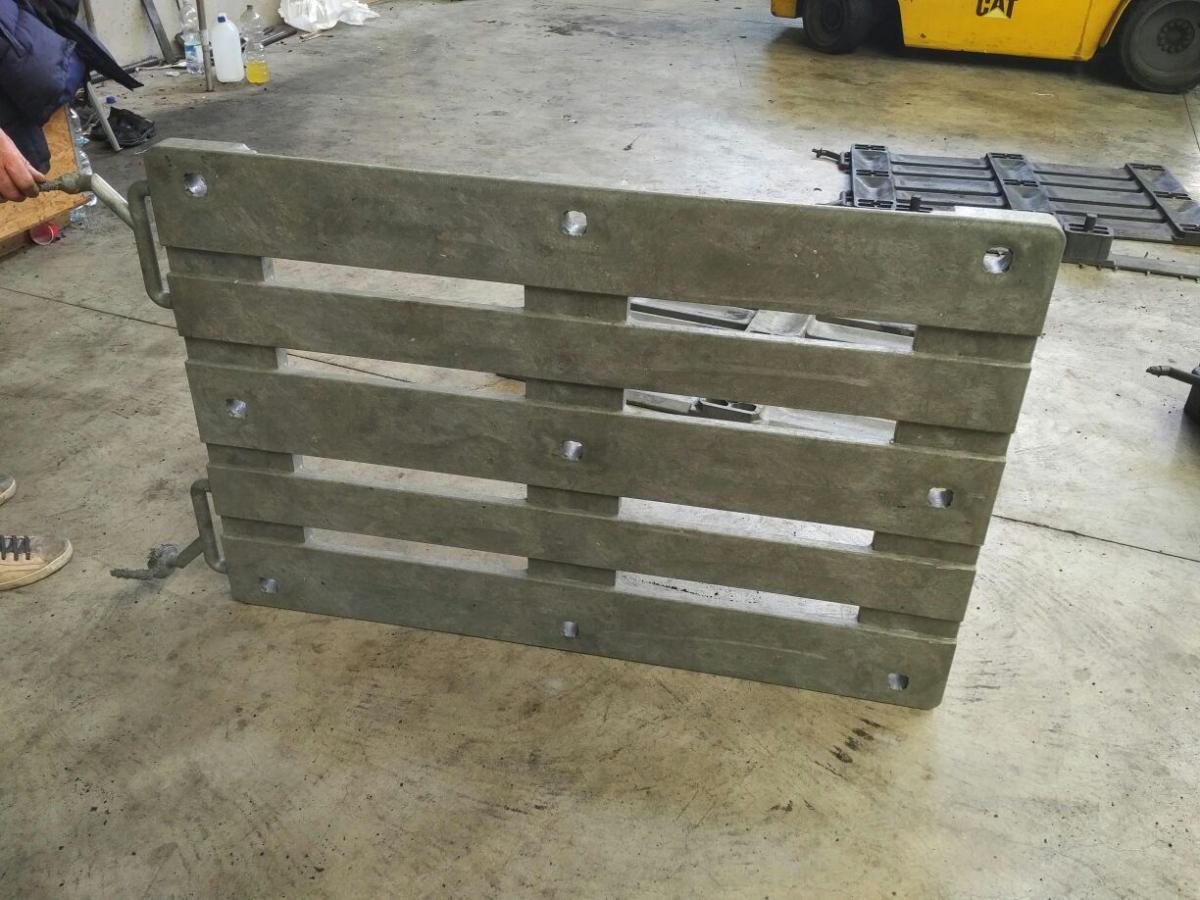 In collaboration with Bocconi University in Milan, the Life Cycle Assessment - LCA analysis was launched to assess the environmental impacts of the entire lifecycle of new pallets.

The analysis, whose results are expected at the end of 2017, includes all stages of the life cycle of the new product as well as a comparison with the impacts of traditional wooden pallets. The analyzed life cycle includes raw material procurement, production process, distribution and utilization (including reuse and maintenance), recycling and final disposal.

For the industrial development of the project, a detailed business plan has been realized on a 3-year base, which involves the realization of 3 entire production lines with a production capacity of approximately 1,200,000 pallets per year, corresponding to 75,000 tons per year of pulper waste. The business plan includes investment costs in plant, operating costs and a sales plan, as well as market analysis and financial flows.

Communication and dissemination of results

Since the launch of the project, various communication actions have been carried out to spread our virtuous model of circular economy and industrial symbiosis on a local and European scale.
These activities include a large-scale permanent dissemination action as well as policy actions and consensus building activities on this topic of great relevance.
Some of the main actions taken are described below.

The first LIFE ECO-PULPLAST project workshop took place on 30 September 2016 in Capannori (Lucca). It focused on the theme of circular economy and plastic waste management.
The workshop had a great relevance and participation and besides facilitating the dissemination of project activities (approach and solutions), it was an important opportunity to foster stakeholder engagement and exchange of views and experiences among participants.
The second annual workshop is scheduled on 6 October 2017. 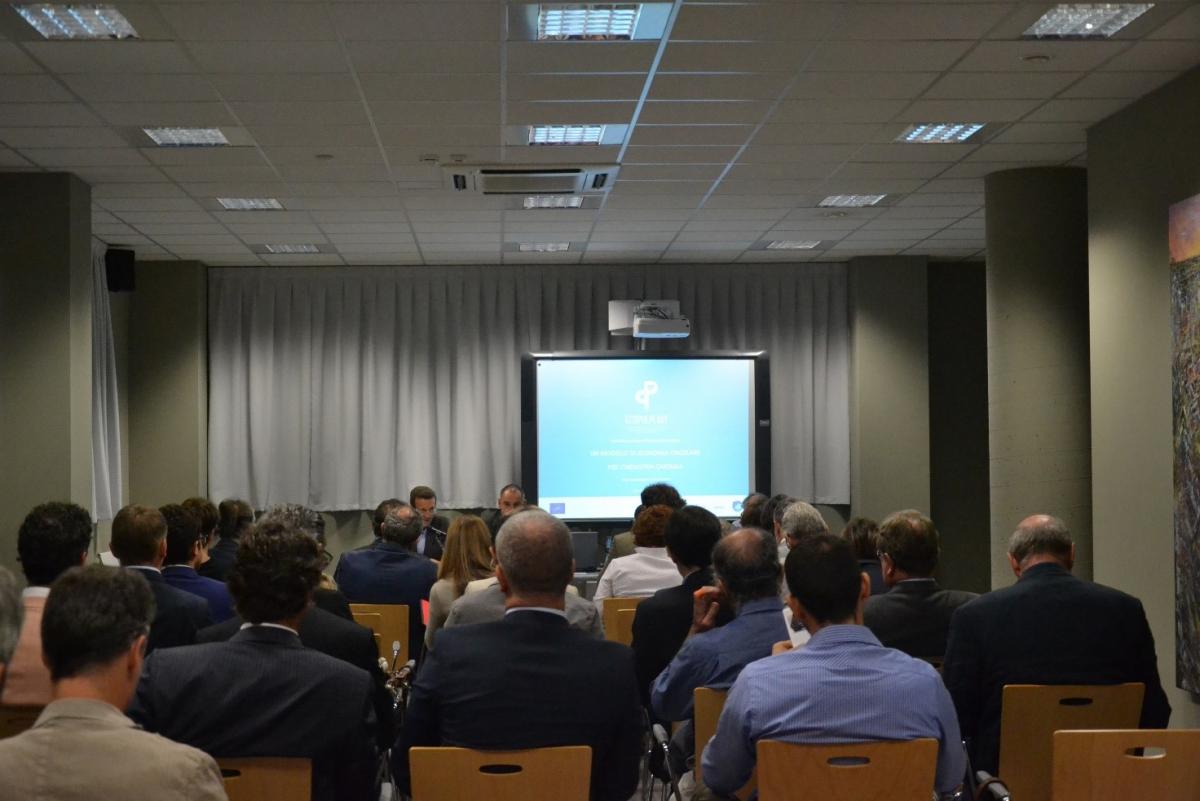 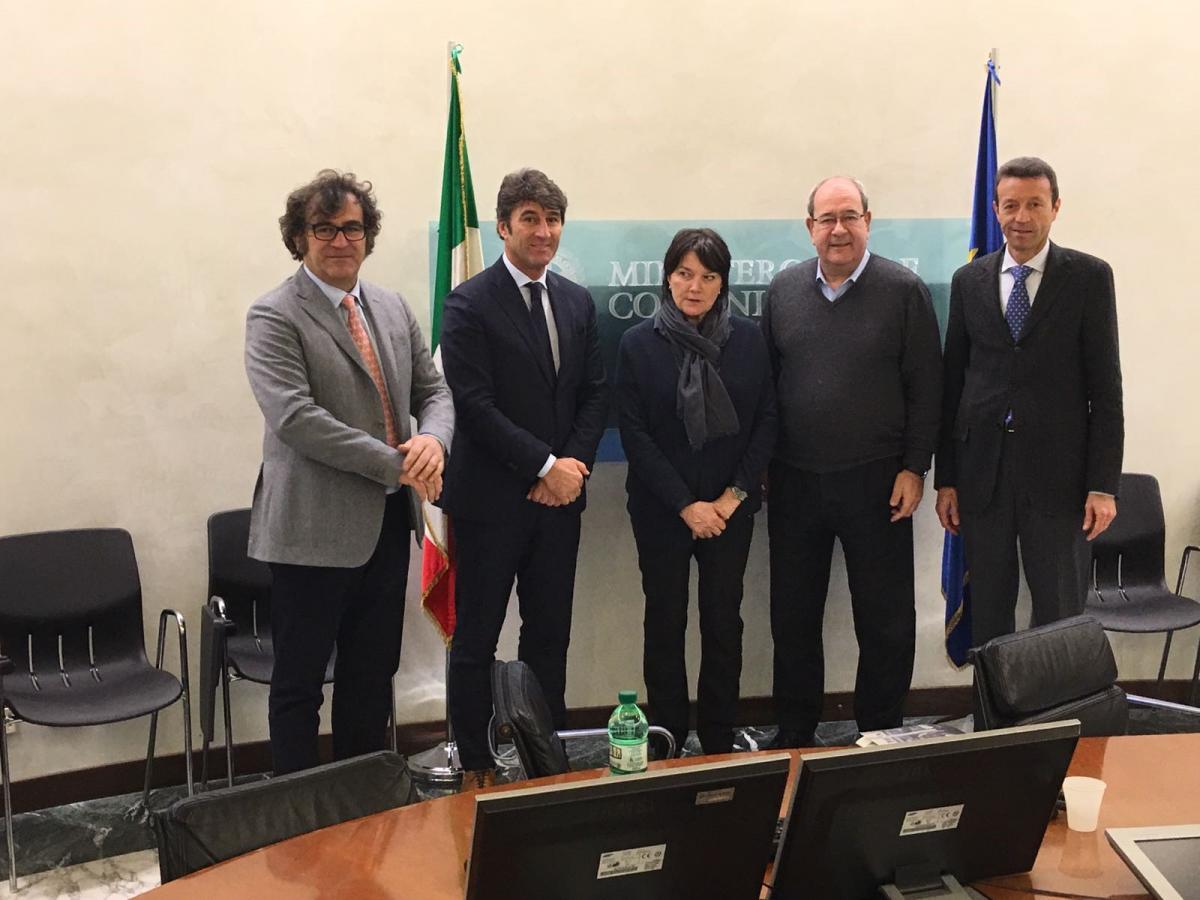 TV and Radio broadcasts
RAI 1 - SPECIALE TG1 dedicated the TV show on 5 February 2017, titled "Recycling", to the theme of urban solid waste management in Italy and Europe, in relation to the new European directives. The broadcast has given great prominence to the LIFE ECO-PULPLAST project. See it here.

Interview on RAI Radio1, in the "Manuale d'Europa" radio program conducted by Tiziana Di Simone and Michele Cucuzza, on the episode of March 12, 2016. See it here.

Want the newest updates on the LIFE ECO-PULPLAST Project? Subscribe to the project’s newsletter.